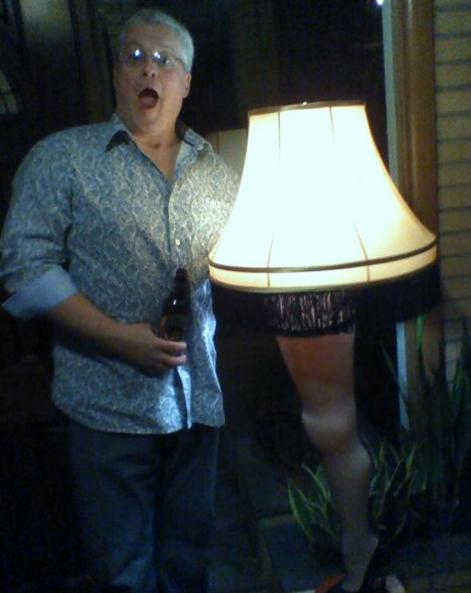 Thank you for contacting Johnny! If needed, you will hear back within 48-72 hours.

(She said, and smiled in her special way...)

Who am I? I'm flesh and blood, but I'm not human. I haven't been human for over 200 years. Shall we begin like David Copperfield? 'I am born...I grew up.' Or shall we begin when I was born into the darkness, as I call it? That is really where we should start, don't you think? 1791 was the year it happened. I was 24. But times were different then. I was a man at that age....

Ok, that wasn't me. It's from an amazing book by Anne Rice, that I never read. At least I heard it was great. The movie was pretty cool. Haven't really read that much since my Stephen King phase. I don't even read user agreements. Dose anyone read those things? I never read 50 Shades either. But love that the ladies like it. When those movies come out, it'll be cooler, for us single guys than the great days of the Magic Mike hoopla. I digress.

I was born in a small town in SC and grew up in a much smaller town in GA. I was into American history, movies, and music. I was 11 when Salem's Lot hit the air. I was hooked on the genre and, as you can tell, I still am today. Of course the vampire interest gave way to zombies. But not the new zombie craze. I'm from zombie old school. Return Of The Living Dead. I was an impressionable teen, and thought this piece of crap was gold. Still love it. I am glad the new zombies are slow, as they should be. To me that'll make or break a zombie movie. That's why Michael Myers was always cooler than Jason Voorhees. Wait, what was I talking about? Oh yea, me.

How can one, define one's self? Let's just get to the heart of why we're here. I have a background in security, marketing and entertainment. In 2001 I loaded everything I had into a moving van and left that small south Georgia town. Moved right in to an apartment over a funeral home near downtown Indianapolis. Can you say Culture Shock? And not the cool 80's punk band from England, Culture Shock. I ventured out and explored my new surroundings. After all, life is all about the experiences.  I was amazed, and remain so to this day, of the talent that was around each corner. Musicians, painters, writers, comedians...anything you could hope to find, all right here. Most having a common problem. Exposure.

Now, I have no problem exposing myself. But how can I help, exposing other people? Wait, without the need of bail money, that is. In this past decade I have worked with several great artists. Contracted and freelance. Instead of going from show to show, opening to opening, gig to gig, or project to project....how can I give an outlet to different talent, and showcase them doing what they do?

Anyway, we have a show.