A pleasure to have back on the show one of our first guests on Brother, Brother, singer/songwriter/storyteller, Mr. Brett Wiscons. Busy is not the word to describe how he’s been since we last sat down with Mr. Wiscons. Non-stop touring and writing, the founding of MAD Diamond Entertainment, LLC in 2013, as well as the recent new sponsorship of Heineken, this guy has been making things happen in the music circuit. Brett has shared the stage numerous national touring acts such as the Zac Brown Band, Katy Perry, Big Head Todd & the Monsters, BoDeans, Lily & Madeleine, Red Wanting Blue and the Pat McGee Band.

Growing up in Plymouth, IN and now residing in Zionsville, IN, Brett is unequivocally a Hoosier through and through...but being born in the heart of Chicago, he still has a fond love of the city and their beloved Cubbies. Between getting ready to unleash his new EP, watching the Cubs take out the Cardinals, and preparing for the birth of his daughter, Brett took the time to sit with Johnny and Brendan to talk about his new album and his Heineken Sessions CD Release Party which is set for Nov 6th at Union 50 in Indy. 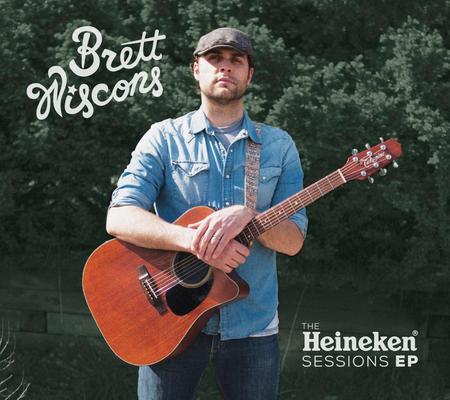