DJ Dangler. That's his real name. Yea, I know, I didn't buy it at first either.

We first met this guy in 2013, when he took the stage at a Doug Stanhope show. He was a last minute fill in and he completely owned the venue. Hilarious doesn't even come close to his art while in the spot light. The majority standing room only crowd stayed, just to shake his hand, and grab a picture with him. Of course, so did Johnny and Brendan.

Also in the crowd that night was Chick McGee of The Bob & Tom Show. That, in itself, was pretty cool. Fast forward a few months to day's show. What was cool for us..and even cooler for Dangler, is as he sat down to do the interview with our show he gets a call from a producer of The Bob And Tom Show. His first words were "I'm just so happy I was on Brother, Brother before Bob & Tom. Sitting here with Johnny & Brendan...THIS is the highlight of my career."

Ok, the last quote may have been BS, but he did get the call. Meet the man behind the laughs in this episode.

A special thanks to the 86th St Pub for the awesome hosting duties. 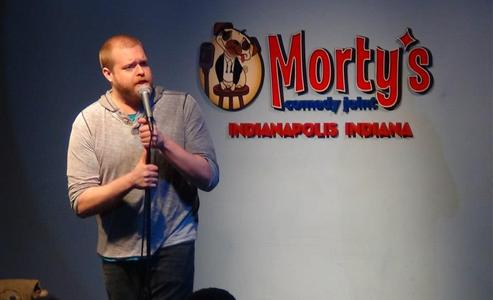