By this time of the evening the good times were rolling, alcohol was flowing and great tunes were filling the venue. While going through the edit at this point I realized that I don't remember any of this.

And in respect to the listener we will not air the final 100 minutes to the evening as what was left of professionalism was lost.

Kolo Bell's The Open Stage at the End of the Universe 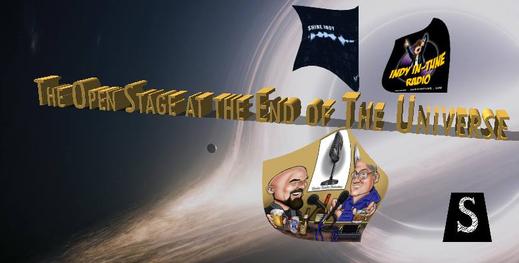 Kolo Bell is a great singer / songwriter. He also hosts Indy's hottest Open Stage at Sabbatical in Broad Ripple. Kolo has done a lot in, and for, our local scene. True to form, he hosted one last open stage in 2014, invited all his regular players and also a few others that support local music. Brother Brother was invited to be a part of the night, along with Indy In-Tune, Shine Indy and Sam Ash Music Stores. The alcohol flowed as we Live Streamed and recorded from the sidelines as Kolo filled the venue with fans and the stage with talent.

A huge thank you to Kolo Bell for the night that, after listening to parts 1 and 2 of this show, I'm sure will carry the name Drunk Fest 2014.

Kolo Bell's The Open Stage at the End of the Universe