The television show "Sleeping With Jeff" is a stylized romantic comedy with a 'Nonlinear Art Structure' (yea, ya gotta listen to the episode) set in Indianapolis, filming started summer of 2014. The show follows Jeff, a sometime oblivious twenty-something in his misadventures with love. Those around him try to 'help' him out, but mostly just confuse him. What we seem to find is Jeff is still his biggest obstacle.

Joining the guys this week is Brian Neal, creator, and Rob Peters, co writer, of the TV show. Still in production, this is going to be a very cool show. These guys not only have the talent to make it work, but also the passion that will make it a great show. 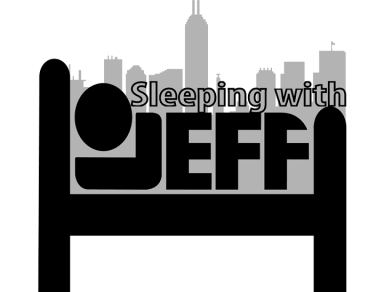