"Alisha has been singing and writing since she was a little girl. That took her all the way to Hollywood for American Idol...to the top 180 in the US! She then went on to co-host a local TV show for about a year before she went on to other opportunities. She did some interviews for a national online sports channel and then decided in 2015, to audition for an acting role. She landed the lead killer role in a horror film called The Shift.
Alisha continues to pursue both her music and her acting and will be booking shows with her new band, coming up in the summer of 2017."

American Idol's Singing Cop sat down with Brother Brother Beer Cast to let us know where she has been and what she's doing now. Where she's been is kind of cool. Where she is now is phenomenal. As passionate, honest and sweet as she is Beautiful and talented...this lady will be drawing some attention. The stage presence is amazing as it comes natural. Alisha owns every room she enters. It will be interesting to see where one of our heroes takes her passion. 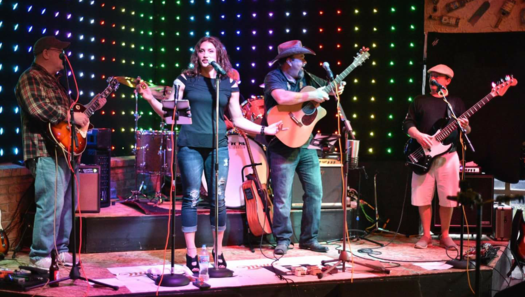