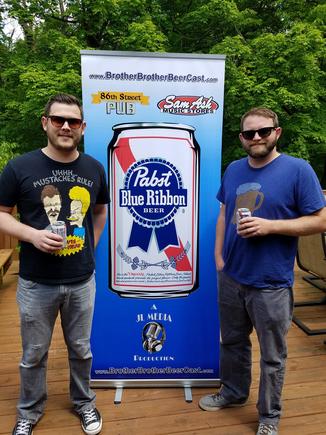 Flatted Fifth. If you're a musician, you'll get the name. If you like great music you'll get the band. Recently Johnny & Brendan sat down with half of the Fifth. Or half of the band, it's a four piece, so yea? Andrew Sheets and Aaron Wright. Or some dude named Victor. I don't know, there was a lot of PBR. I know that. Seriously, check these guys out. Great sound, the cool kids to hang out with...these up and comers are the ones to catch live now. They are going somewhere.