100 episodes is a nice milestone. It's no different in the internet radio world. Brother Brother just crossed that milestone. Doing it in true Brother Brother fashion, the PBR was flowing in a Past/Future Guest-Friends-Family Networking Party. George's Neighborhood Grill was the spot for this gathering of talent, most were able to join us on the mic for a short spot, the rest we will be making it up to...long day wasn't quite long enough to show everyone enough love.

We've come a long way, had several changes, and there are even more changes on the way. A huge thank you to everyone who supported the show along the way. Our appreciation is immense.

Buck Necked and the Car Thiefs

Blues With A Twist 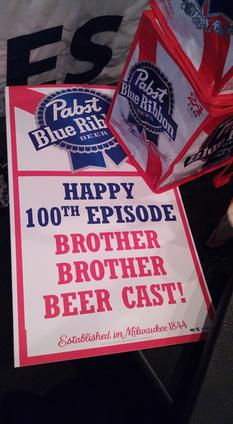