A dry, dusty wind blew through the saloon as I threw back another shot of whiskey, while leaning over the bar. I slammed the glass down, demanding the bar keep to fill it again. As he poured, I heard the creak of the swinging doors behind me, as the bartenders eyes raise to the front of the saloon. "You who I'm looking for?" the stranger asked with a menacing growl. I turn my head to look at him over my shoulder, not giving him the respect of turning my body to face him. "Depends on who's asking." I say while sizing him up.

Was this the gunslinger everyone was talking about? Was he really as quick as they say? "Williams", he says, while surveying his surroundings, then focusing his stare deep into me. "Matt.........Williams."

I knew the time had come, and there was only one thing I could do. As quick as I can, I push back from the bar slinging open my over coat to go for my pistols. I pull them from the leather holsters, I spin in his direction. Only to find I'm already staring down the barrels of his two .44s. I freeze in my tracks, knowing he already had the drop on me, and wondering why I wasn't dead yet.

Ok, it happened nothing like that. Well, except for a host having too much to drink, before the show. But we did have a lot of fun with this singing cowboy. Front man of the country Indy band Southern Country. Matt Williams joined us on our debut episode. Special thanks to Jimmy and Broad Ripple Tavern for the great hosting duties. Always a great time at that venue. 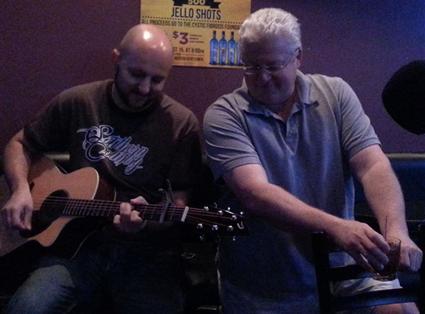