Darlington Road. Loved the episode we did with them, great band and great guys. With the PBR flowing like it was I just knew we had to get some after hours stuff to have these boys let loose. What we learned is they pretty much stayed professional. But we did have a few laughs, and several more beers.

Brother O' Brother, now what some people don't know is that these two guys are huge professional wrestling fans. We learned this in recording. So, the first 9 minutes of this After Hours show was cut from the original release. And we also did another 55 just hanging out. These are great guys. This After Hours show is much more family friendly than most we do. But we still enjoyed.

Surprisingly, one of our most tame After Hours shows. After an hour with The Burning Mules, we realized we could have gone 3 more getting to know these dudes. So we ordered several more PBRs and spent another hour with them.

Just a few minutes into a drunk fest with Memphis Josh Drake. there is a part 2....somewhere in the world. Will upload if it's found.

Going way back. A lost tape.

After party from Episode 2 : Brett Wiscons. Poor dude. Sound quality was...hell, there was none. And Brendan got Johnny drunk.

Fair warning....this one is horrible. But, a part of our history.

A few PBR's with the boys from

Sometimes we can sit and drink with beautiful burlesque dancers, and just talk to them. We made it all the way through an episode with a couple of ladies from Bottoms Up Burlesque , and didn't hit on them at all. Well......almost.

We've been known to record several episodes in a day. This After Dark was after a 3 episode evening / night. So about 5 hours of drinking before this show for some of us. Luckily the guests from all 3 shows stayed around for the after party. Donny Coyle and Jim Streisel of The Dead Squirrels, John Stevens Jr. and local blogger Elizabeth Musgrave shared sveral drinks as the musicians passed a guitar around. Just jammin....

After recording a few shows in a row, it gets like this. Of course we are drinking the whole time. Here we are sitting around with Benjamin Brashear and Heather Drattlo, and a few guests, once again this is a part one.

After Dark : Our First

This was our first AD recording. It was focused on a young dancer who has since moved out of state (not because of us and this show, actually we can't confirm that). Several cocktails too many were consumed on the show, so by the time the after party started we were well into it.

Side note: There is a part 2 to this after show. We are debating on its release. Yea, it got that wild.

Some times the After Hours show is a lot less raunchy, but still entertaining. This guy is just as interesting off stage as on. 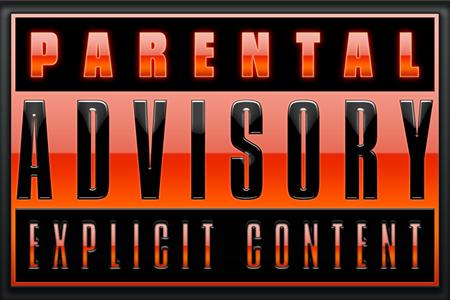 Sometimes when the show is over, we continue into an after party.

And sometimes, just sometimes, we continue recording through it all. Usually on purpose or maybe we just forget to stop rolling...either way, some very funny stuff can go on. We guarantee it to be a lot funnier if you are drinking too.

For the most part, these will be unedited. The raw footage, and is meant to be pure entertainment. Which is to say the views expressed in these recordings DO NOT necessarily reflect the views of Brother, Brother Productions or past / present sponsors. These recordings are all adult based and contain very explicit content. Just remember, alcohol makes you say things you don't mean, we all know this. Don't take offense or judge, just laugh with us.